The New Renault Arkana is tested in its E-TECH Hybrid 145 version. Two electric motors and a combustion engine are combined with a clutchless multi-mode dogbox. This technology enables to electric driving 80% of the time and up to 40% fuel savings in town. At the wheel of the New Renault Arkana, Laurent Hurgon, Alpine Cars’ test driver, gives us his opinion on this SUV-coupé like no other.
BY NICOLAS LE-BOUCHER

THE NEW RENAULT ARKANA: SUV-COUPÉ, THE BEST OF BOTH WORLDS

Renault is the first general-purpose manufacturer in Europe to offer a SUV-coupé. The dynamic design of the New Arkana blends visually pleasing attributes from the world of SUVs (200mm ground clearance, elevated beltline, wheel arch protectors, front and rear skid plates) with those of coupés (plunging roofline and moderate height of 1.58m). It has a length of 4.57 m and a wheelbase of 2.72 m.

The R.S. Line version of the New Arkana can be recognized by its specific Valencia Orange colour, its chromed dual exhaust, its rear and front skid plates and its F1 blade in dark metallic grey. Inside, the R.S. Line finish can be identified by its mixed leather/suede upholstery, aluminium pedals, an ‘e-shifter’ gear stick (without mechanical cable) and R.S. Line badges. 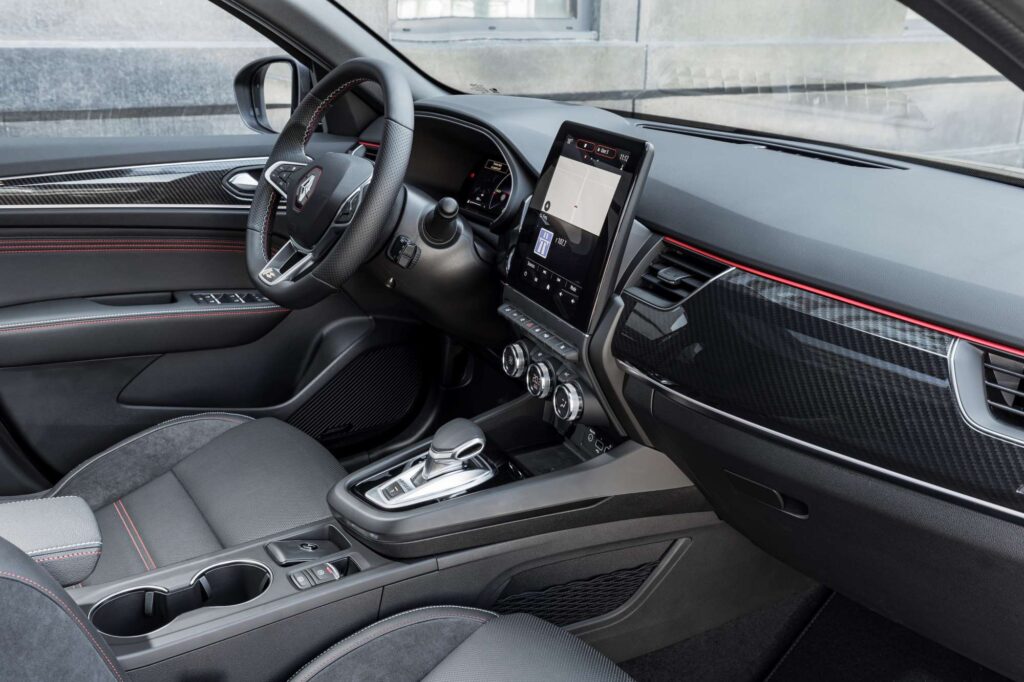 The interior of the New Arkana is high-tech. The dashboard features two screens: the 10.2-inch colour dashboard screen and the 9.3-inch central touch screen. Connectivity features include Apple CarPlay and Android Auto compatibility, wireless charging for smartphones in the centre console and four USB plugs (two at the front and two at the rear).

Despite its coupé-like appearance, the New Arkana is very much a family car. Rear seat occupants enjoy 211 mm of knee room and 862 mm of headroom, which is significant for such a coupe design. The boot is generous with 513 litres (480 litres in the E-TECH Hybrid version) and easy to access, allowing you to load all your holiday luggage without worry. 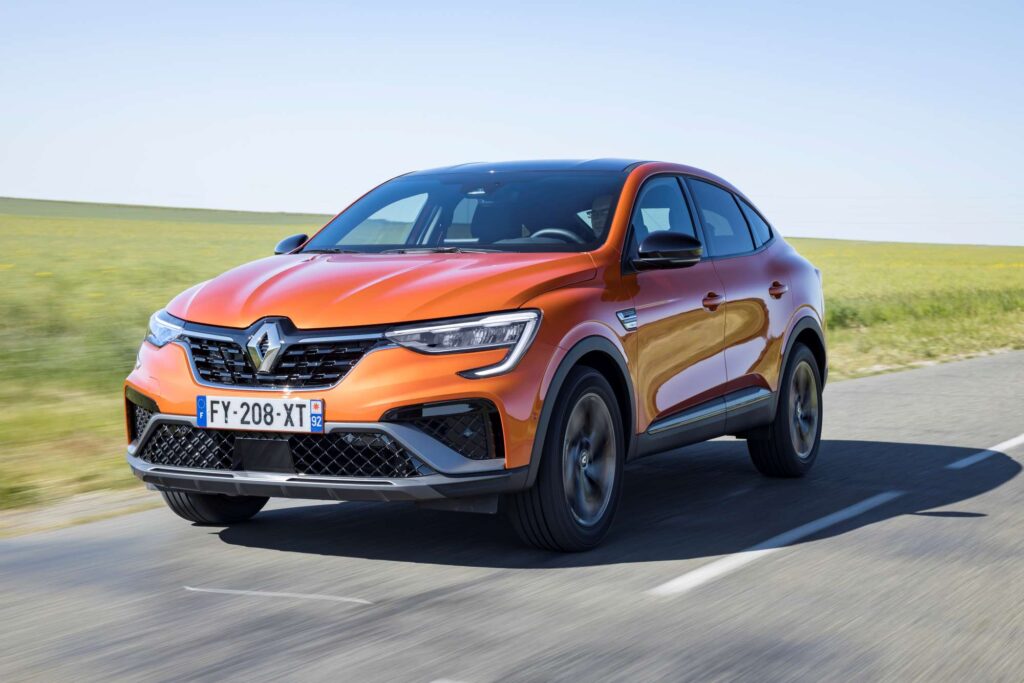 The 145 hp E-TECH Hybrid consists of a 94 hp 1.6 4-cylinder petrol engine and two electric motors - a 36 kW e-engine and a 15 kW HSG (High-Voltage Starter Generator). The motors can operate independently or in concert, directing their energy to the wheels or to the battery. The driver doesn't have to do anything: the E-TECH system automatically manages the 15 combinations of operation between the different motors and the gearbox ratios engaged. In use, the mode changes are almost imperceptible. In the city, battery charging during deceleration and braking is optimized.

Thanks to the benefits of this E-TECH Hybrid engine, the New Renault Arkana can be driven up to 80% of the time in town in 100% electric mode, with a fuel consumption reduction up to 40% compared with a traditional combustion engine. On the road, the electric motors assist the petrol engine when power is needed. Fuel consumption is therefore limited, even in Sport mode. The result is a combined fuel consumption of 4.9 l/100 km and CO2 emissions of 111 g/km (WLTP values). 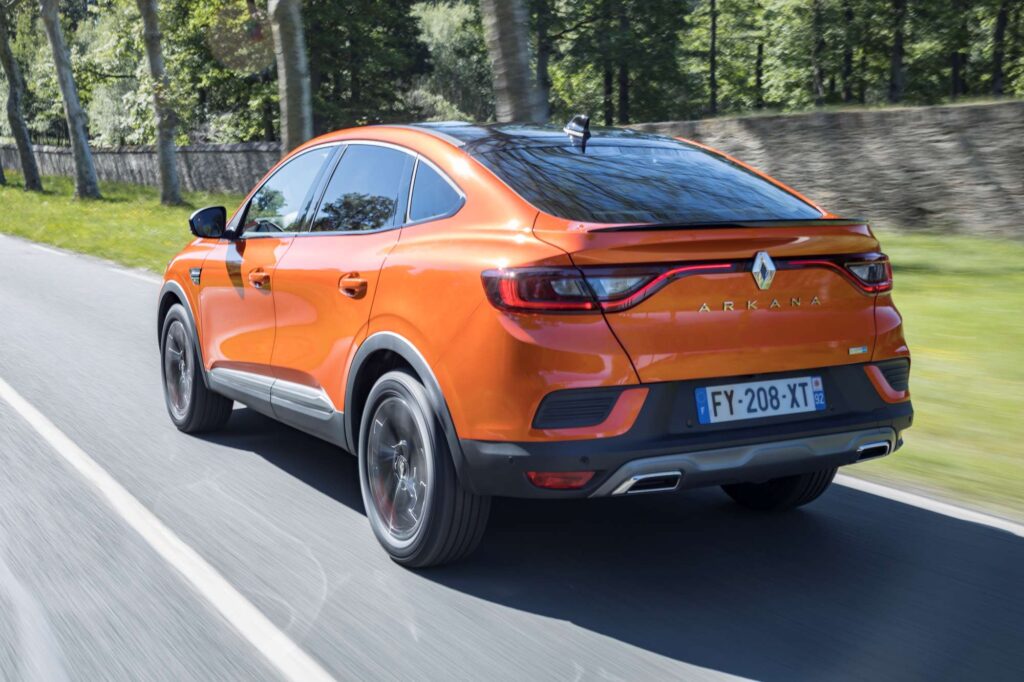 The driver benefits from a very smooth ride, as the car always starts in 100% electric mode. The front axle is precise, and the shock absorbers are well optimized. Arkana's handling is dynamic, but not sporty, and it's a pleasure to drive. Thanks to the MULTI-SENSE settings, it is possible to adapt the engine mapping, power-assisted steering, ambient lights, and the digital screen configuration replacing the dials. Three modes are available, one of which is fully customisable.

Driving is made easier by the latest technology, including the Highway and Traffic Jam Companion, which combines adaptive cruise control (with Stop & Go) and lane centring assistance. It's almost like autonomous driving and it brings safety and peace of mind, for example in traffic jams. 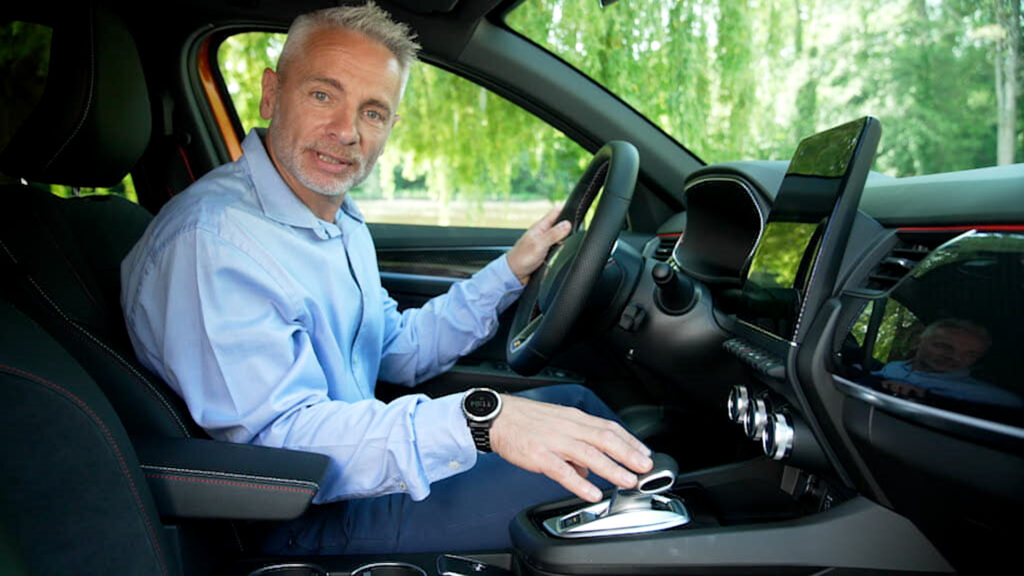 Laurent Hurgon has been an Alpine Cars test driver since 2004. He is a specialist in shock absorber and sports car development, and is the author of numerous records, including the fastest lap of the Nürburgring Nordschleife in the Mégane R.S. Trophy-R, which once again won the title of fastest front-wheel drive car in production.

"Thanks to its hybrid engine and its high-performance chassis, the New Arkana shows its great versatility of use. Comfortable and roomy, it is a real family car with an attractive design. At ease in the city and on the road, thanks to its E-TECH engine, which is both economical and dynamic, this Renault Arkana would suit most people, including families. I really enjoyed driving it."