Dacia has dropped the curtains on the Jogger, a three-row crossover wagon, ahead of its world premiere at the 2021 IAA Mobility show in Munich. The 7-seater model is the longest in Dacia’s current range, while sharing many components with the Sandero Stepway crossover supermini. The Jogger will be initially offered with petrol and bi-fuel engines but in 2023 a hybrid version will follow.

Dacia describes the Jogger as a car that combines “the length and practicality of an estate car, the spaciousness of an MPV, and the styling and reassurance of an SUV”. The Jogger is based on a stretched version of the CMF-B platform which already underpins the new Sandero (supermini), Sandero Stepway (crossover), and Logan (sedan). 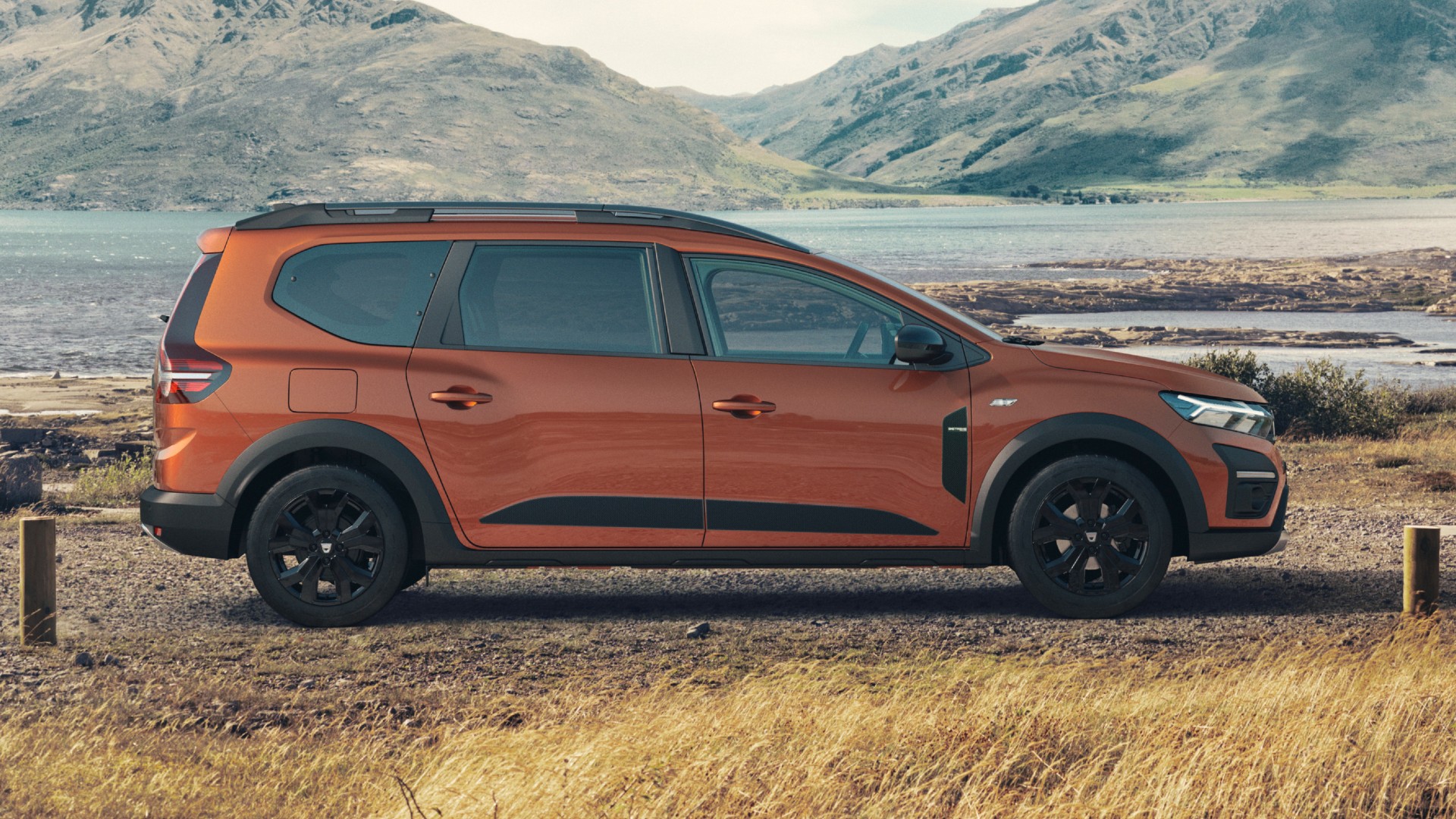 The body panels up to the B-pillar are identical to the Sandero Stepway, with crossover styling cues and Y-shaped LEDs. However, the roof, greenhouse, and the tall read end are fully redesigned to better fit into their new role for this jacked-up estate with an adventurous character. The long rear overhang with a nearly vertical tail features Volvo-inspired taillights and a large tailgate reaching low in the bumper. The model also comes with modular roof rails that can be transformed from vertical to horizontal carrying up to 80 kg of weight. 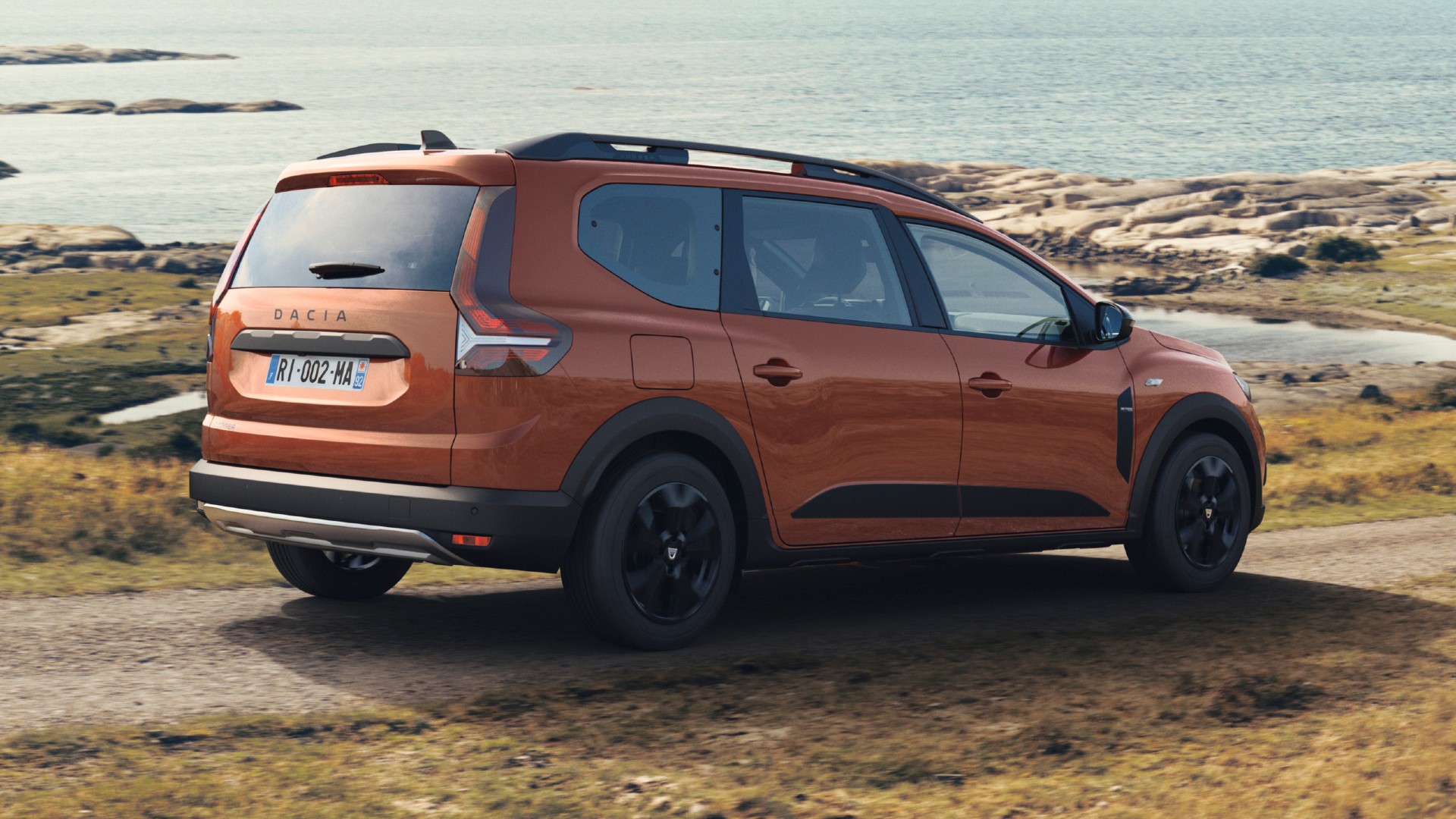 The strongest selling point of the Jogger is the spacious cabin with a three-row configuration. According to Dacia, the cabin can accommodate up to 7 adult passengers, offering 855 mm (33.6 inches) of headroom and 127 mm (5 inches) of knee room in the third row. The seats can be arranged in more than 60 possible configurations. 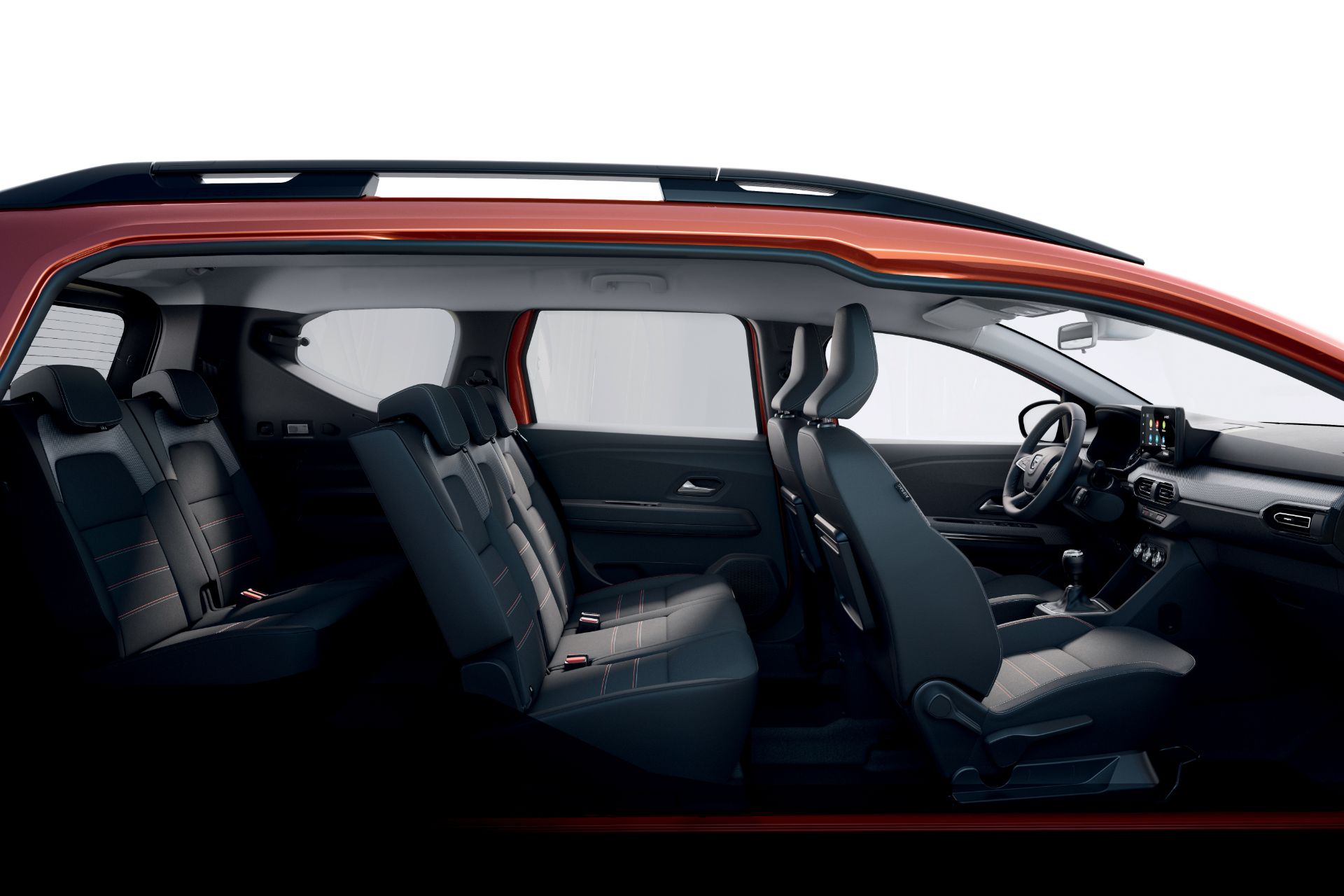 Elsewhere, the dashboard is shared with the Sandero which means you get a basic yet fairly modern setup with three kinds of infotainment systems, ranging from a smartphone docking station to an 8-inch touchscreen. The flagship Media Nav supports wireless Android Auto and Apple CarPlay connectivity and comes with navigation, a six-speaker audio system, and two USB ports. Features like the heated front seats, climate control with digital display, auto wipers, and electric parking brake are offered as optional equipment.

What about safety tech? 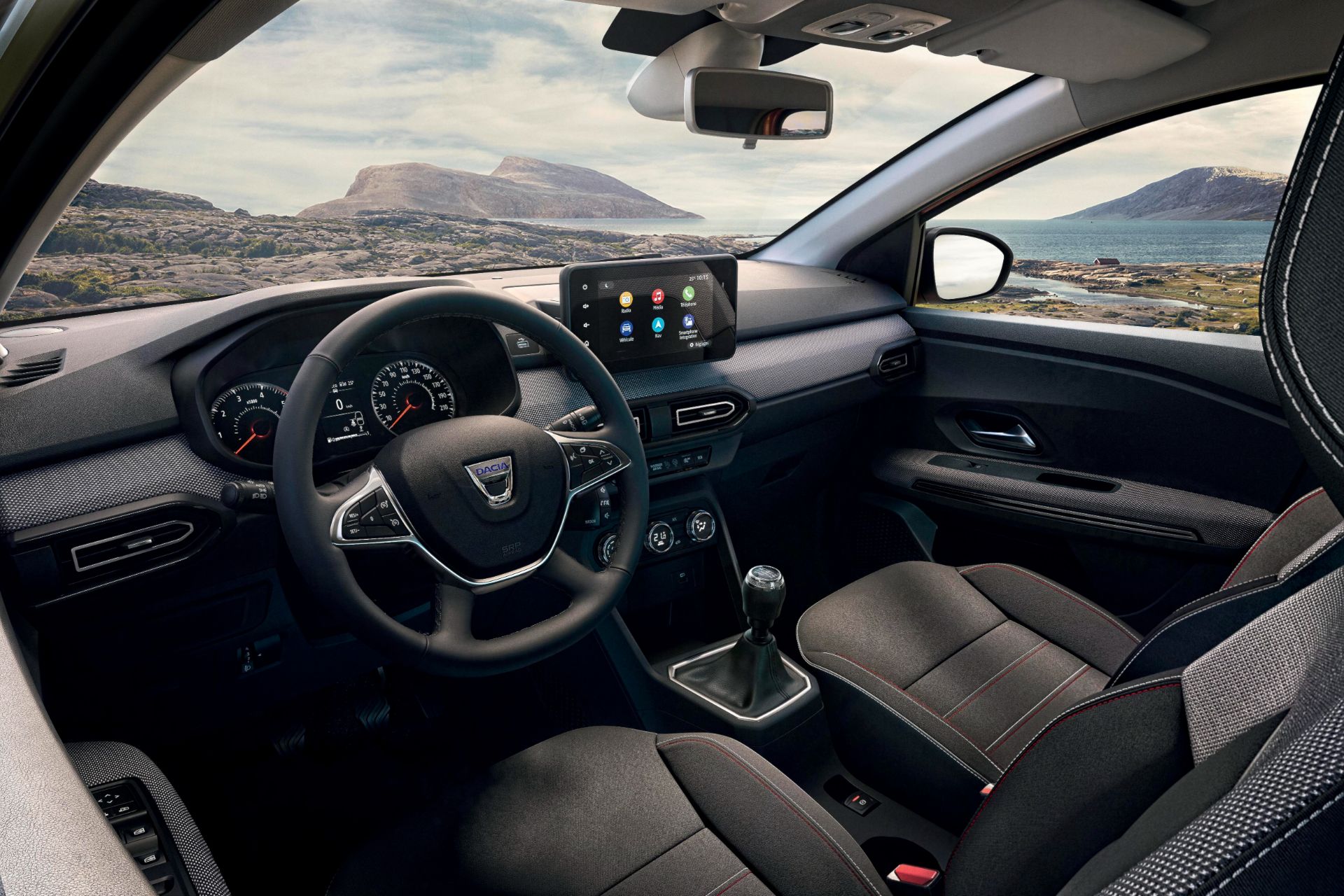 Petrol / LPG engines with a budget-friendly hybrid following in 2023

The engine range includes the new turbocharged 1.0 TCe 110 three-cylinder producing 109 hp (81 kW / 110 PS) and 200 Nm (147.5 lb-ft) of torque which is slightly more powerful than the similar motor used in the Sandero. Power is sent to the front wheels through a six-speed manual gearbox. 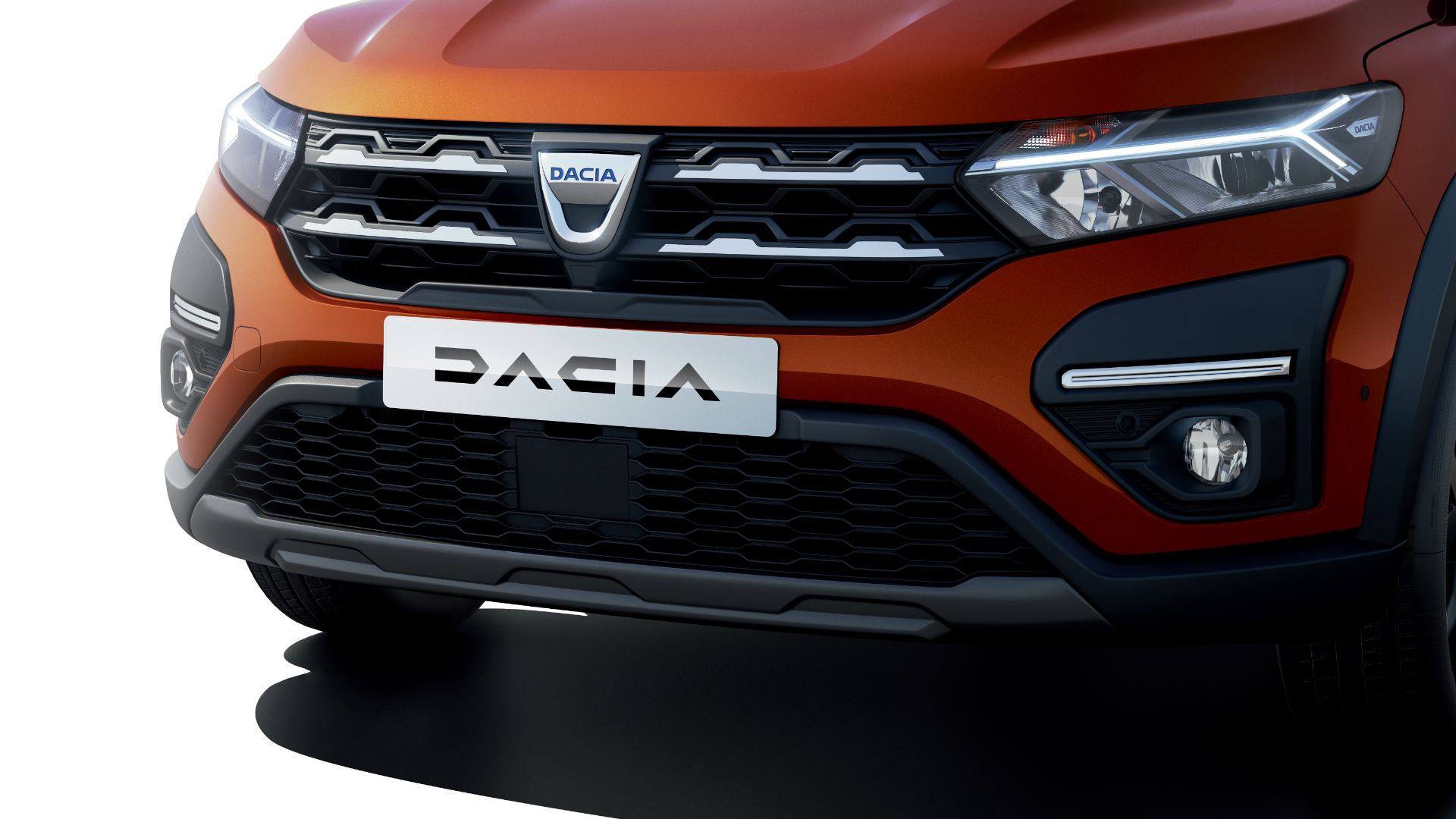 While there will be no diesel variants of the Jogger, Dacia announced that a hybrid will follow in 2023, becoming “the most affordable 7-seater hybrid on the market”. This will be Dacia’s first hybrid and their second electrified car after the fully electric Spring. It will feature hybrid technology from the Renault Group, combining a naturally-aspirated 1.6-liter petrol engine with two electric motors, a multi-mode automatic transmission, and a 1.2 kWh 230V battery.

While the battery is considerably smaller than in Renault’s E-Tech plug-in hybrid models, the Jogger Hybrid will still be able to spend 80 percent of city driving in full-electric mode, burning up to 40 percent less fuel.

The Dacia Jogger will be available to pre-order starting from November 2021, with the first deliveries scheduled for the first quarter of 2022. The model will make its official premiere in a few days at the IAA Mobility 2021 show in Munich.

Sandero crowned What Car? of the Year 2021

12th April Car Sales Is Back